In the mid 1990s, I wrote full-time for Hypno Magazine, a hipster periodical too ambitious to call a "zine" yet too inept and garish to to become a mainstream success. The bad thing about it was that the publishers were utterly cretinous and maddening, but the good thing was that I got tons of space to write about whatever I wanted. I love alternative comics, so I ended up interviewing all of my favorites, a rare treat. The following is a scan of my 1995 feature on Chris Ware. This may have been his first interview. At the time, Chris had only published four issues of his famous Acme Novelty Library, and he was still relatively unknown to mainstream audiences. In retrospect, I'm a little mortified by my "not-getting-it" questions (his stuff was new!), but impressed with and gratified by Ware's ability to return them with fascinating answers.

This interview is going to be reprinted next year in a volume called Chris Ware: Conversations, edited by Daniel Goldmark and published by the University Press of Mississippi, but I don't know if they are going to include my too long, windy introduction. The scans below are optimized for text legibility, and most of the artwork looks terrible. Click each for bigger: 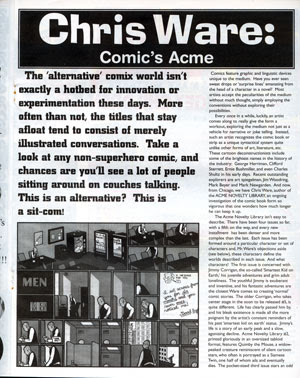 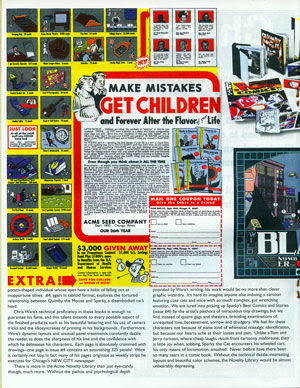 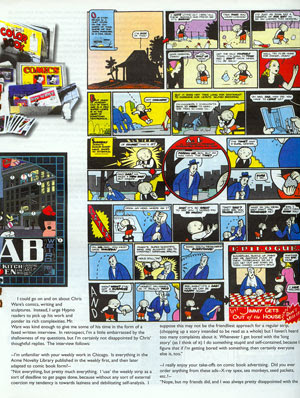 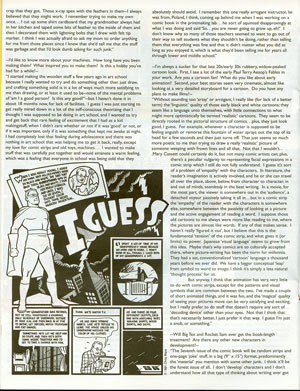 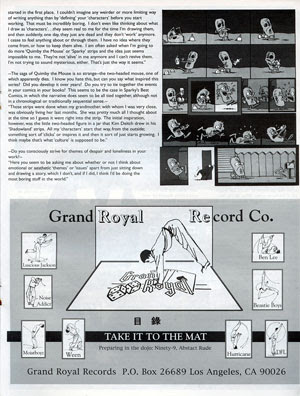 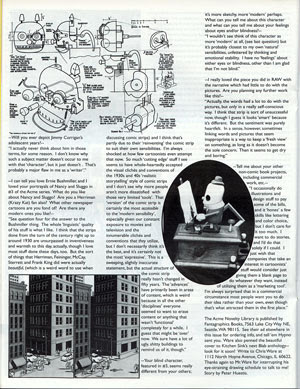 Posted by Peteykins at 9:12 AM